In Guarda (Portugal) some wonderful inscriptions ca be found, evidence of rites and the cult
of Lusitan deities.

The inscription from Cabeço das Fráguas dated in the fifth century BCE describes a ritual very extended through all ancient Europe, that of sacrificing a specified number of animals to each deity with the aim of blessing and purifying the land. Thsese rites have been documented since Rome, where they were known as Suovetaurilium and a sheep was offered to Jupiter, a pig to Tellus and a bull to Mars.

Greek and Roman authors described Lusitan people as bellicose, indomitable and preferring death before slavery or disarming. Their skill in guerrilla war inspired Diodorus Siculus to mention them the most powerful tribe in Iberia. Their war equimpent was light, similar, as said by Titus Livius, to that ot the Greek peltasts: they wore little to no armor to allow maximum agility, and had javelins (soliferrum), swords (gladius hispaliensis) and slings, along with bronce pointed spears, daggers and round shields (caetra). Using their knowledge and mobility to their advantage, they performed nimble ambushes, prosecutions and skirmishes, frightening their enemies with battle cries 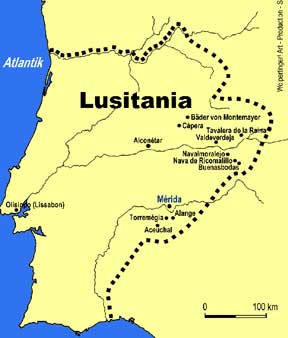 The inscription was translated as follows:

and a pig for Laebo,

a one year old sheep for

Trebaruna and a fertile bull… 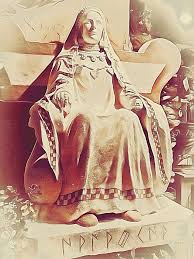 The inscription was found in the place identified as the possible scenery for the funerary rites following the death of Viriatus.

To deeply understad the meaning of this sacrifices we need to walk in these people’s shoes, whithout massification or the current livestock overexploitation. Each and every animal was precious for the families. They were source of not only meat, but also milk, clothes and tools, so we shoundn’t undervalue the importance of any of this losses. Therefore, we must understand these sacrifices as an act of solidarity towards the tribe, and faith and respect towards protecting deities.

In times where there was no wheather forecast or any way to anticipate to the hadships of seasons, this was one of the few ways our ancestors believed in to keep the elements at bay and hope for good crops and little missfortune.

This is a very special song for us, delicate but strong. We try to evoke the solemnity and respect an occasion such as this required, the loss of something valuable for the comming of an even better thing.

You will wonder where the title, “Immrama”, came from; it’s the name given to stories and places of crossing from one world to another, of those who went through the veil. For us both the ritual that connects both worlds, and the sacrifice of the animals that would finally cross te veil are perhaps less heroic, yet equally valuable examples representing the “immrama”.